It’s always best to use software and get a feel for how it works before you invest in it, which is why we offer a simple demo for you to try. Read on for a brief guide to some of the fan software’s key functions, then click to try for yourself.

Our fast and accurate selection software allows the correct fan solution to be selected very quickly. Precise fan selection helps your sales staff to produce quotes with almost instant turnaround, increasing the chances of a sale when up against competition.

This fan software provides more than just a sales purpose. It can become the central data store for your fans and related products and used across your company, including Engineering & R+D.

When your client has an air or gas movement requirement, there is often more to it than simply selecting a fan. Unless the fan is in a self-contained plug unit containing the driving mechanism, it will need to be driven by a motor connected directly or by a belt. The motor may need a Variable Frequency Drive.

There is a lot more to fan selection than just choosing the right radial wheel or axial propellor. The motor and VFD selection are vital to determining energy consumption and efficiency.

One of the best things about internet-based apps is the facility to retain overall control of the user network. Your user base may be internal, but if you use sales representatives they can be located anywhere in the world.

WebFAN has powerful yet simple facilities for you to manage your user base whatever its structure. You can even setup ‘representative’ companies, allowing them to administer their own sales staff – leaving you with one less task to manage.

Our earlier fan software concentrated on providing a fast, efficient method of selecting fans and printing out a custom datasheet for the required performance point. This was a good place to start, but it only provided part of the solution.

After considerable time spent on research and development, we concluded that the software should be able to run projects that can be used for quoting and BOMs. With this in mind, we have developed the software to a point where technical submissions can even be made online.

We think it is vital for you to be able to maintain your product base quickly and easily. If you introduce new fans, motors, VFDs and accessories to your range, you need to be able to add them into the system in minutes, not days.

Any fan engineer knows how tricky it can be to get all the data needed into a fan selection system. Our fan software takes the pain away.

Just what are your users doing, and how can you use the knowledge to boost your sales?

One of the beauties of a centralised, web-based system is the ability to log user behaviour and to provide meaningful reports to illustrate it.

This system allows you to see what people are searching for and what they are selecting.  It offers you the insight into consumer behaviour your marketing people have been dreaming of.

This fan software was designed with multilingual support built in from day one. So it doesn’t matter which part of the world you are in, we will be able to support your native language as well as English.

If you export or are looking to do so you can provide your overseas sales representatives with fan selections in their native language. The more user-friendly your system, the more attractive your product will be to sell.

While the main focus of the fan software is to support the sales process, it can also be used anywhere when fan selection is required. It has the necessary fluid dynamics tools to assist your engineers. It also provides web/dll functionality for third-party software use.


Do you have any questions?

Try the simple demo now. There is no signup & you can just go straight in!

In air movement solutions there is always a trade-off between up-front costs and long-term running costs. In recent years there has been more of an emphasis on achieving the most efficient, and often the quietest, solution. This is one of the many driving forces behind this software – hitting nominal peak efficiency!

The speed of the fan is probably the most important factor in achieving the best performance. However, when the operating rpm is fixed, other factors can be considered: variable wheel width on radials and variable pitch on axials.  WebFAN has the ability to use any combination of the available variables to select the most fan efficient solution.

It is often important to consider fluid that is being moved and its density, which can change the performance considerably. Using recognized ASHRAE calculations, the density can be considered using the gas temperature, elevation and humidity. Special conditions (high temperature/volume flow/pressure) are also considered in fields such as mining and petro-chemicals.

WebFAN recognizes the new factors and demands of 21st century fan selection and you can be confident that all your bases will be covered. 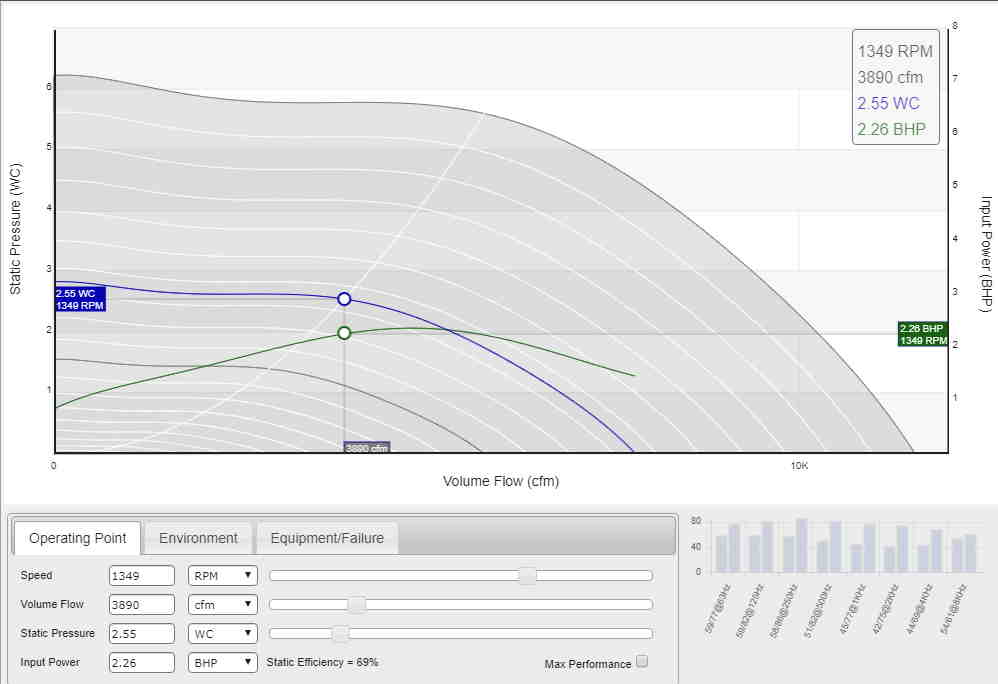 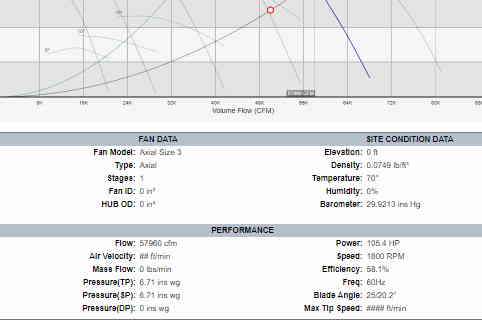 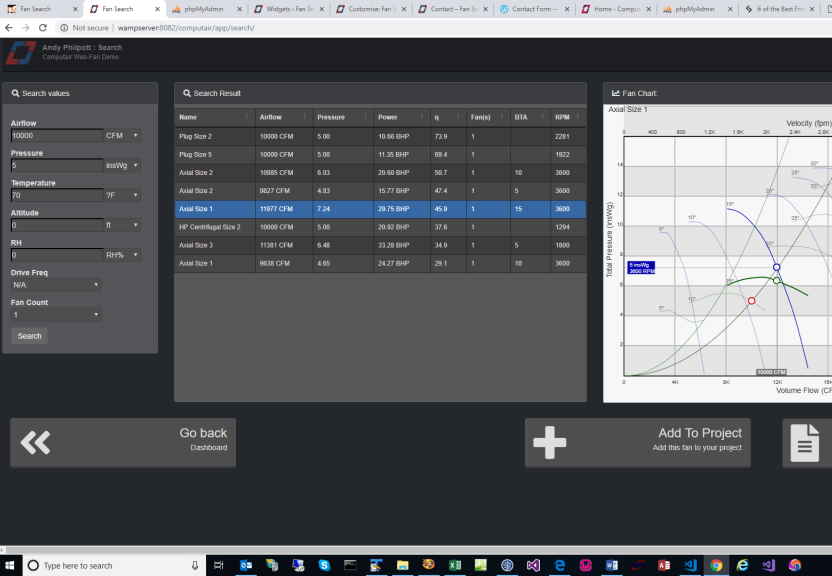 When your client has a gas or air movement requirement, there is often more to it than simply selecting a fan. Unless the fan is in a self-contained plug unit containing the driving mechanism, it will need to be driven by a motor connected directly or by a belt. The motor may need a VFD.

You know the story – there is a lot more to fan selection than just choosing the right radial wheel or axial propellor.

Once a fan has been selected and you know the input power required, you can then select the motor and drive you need to power it!

Okay, you’ve selected your fan and drive equipment, but you may also want to provide or suggest a selection of complementary accessories. These can be anything from mounting kits to ducting seals.

One of the best things about Internet-based apps is the facility to retain overall control of the user network. Your user base may be internal, but if you use sales representatives they can be located anywhere in the world.

WebFAN has powerful yet simple facilities for you to manage your user base whatever its structure. You can even setup ‘representative’ companies, allowing them to administer their own sales staff – leaving you with one less task to manage. 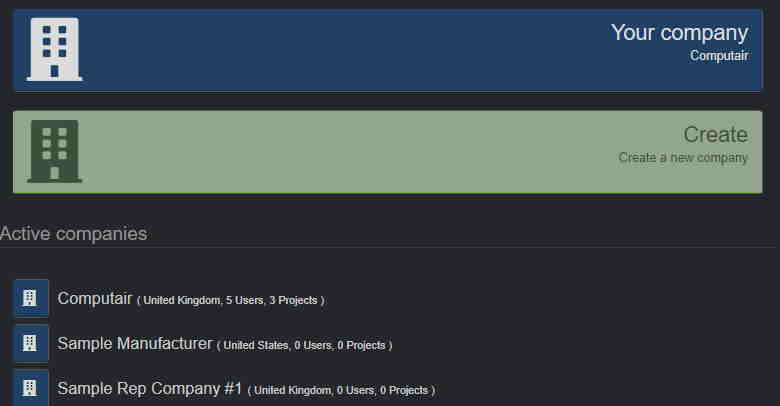 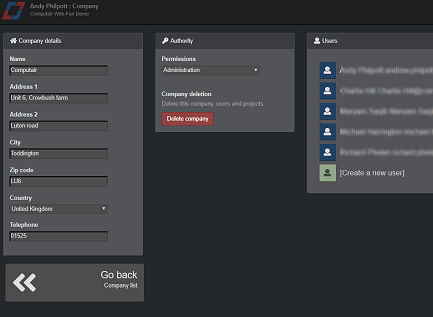 One of the most popular features of WebFAN is the ability to create a datasheet from a selection very quickly.
However, you can provide the ability to add the selection to a project which is dedicated to the job. This project can then be used to compile a technical submission, BOM and quotation. 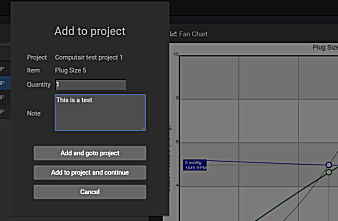 WebFAN supports projects that can be used to group fan selections together. Using the projects screen, you can then add motors, VFDs and accessories to the fan solution if required. 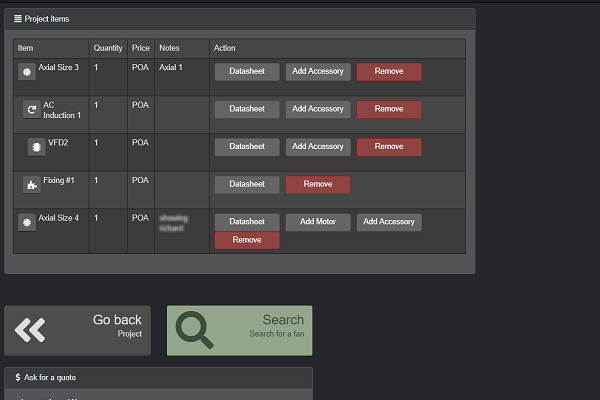 As you group products together in projects, you can build up a list of the items selected to meet the requirement of the overall solution. When pricing is applied, you can then use the project as a priced bill of material (BOM) and submit it for quoting. 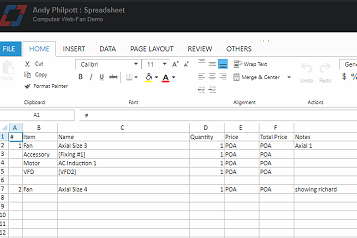 Previously, many BOMs & quotes were done manually using MS Excel (c). We decided to incorporate powerful spreadsheet handling into the project software. This provides the versatility often required when completing quotes with a quick turnaround time.

As any fan engineer will tell you, one of the hardest tasks with fan selection is creating the fan information in the system. WebFAN has a full suite of engineering tools, so you can quickly add fan ranges, fans, motors, VFDs and accessories. It even has powerful curve digitizers, so you can re-use your existing fan performance information. 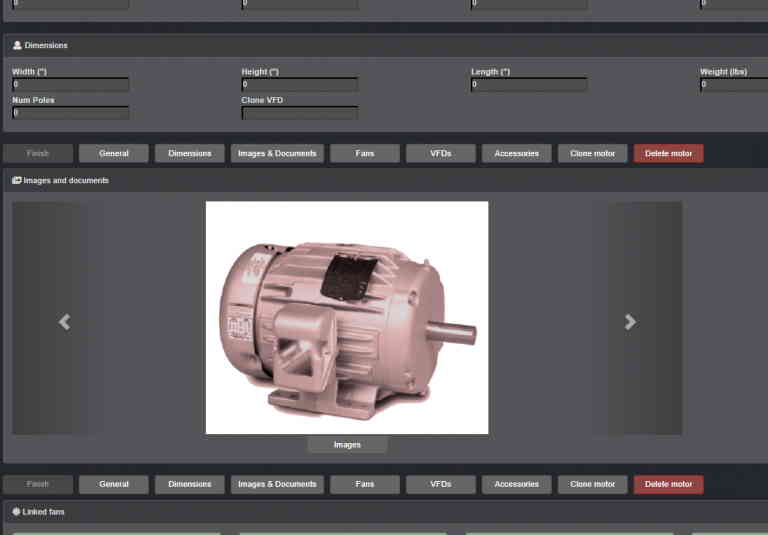 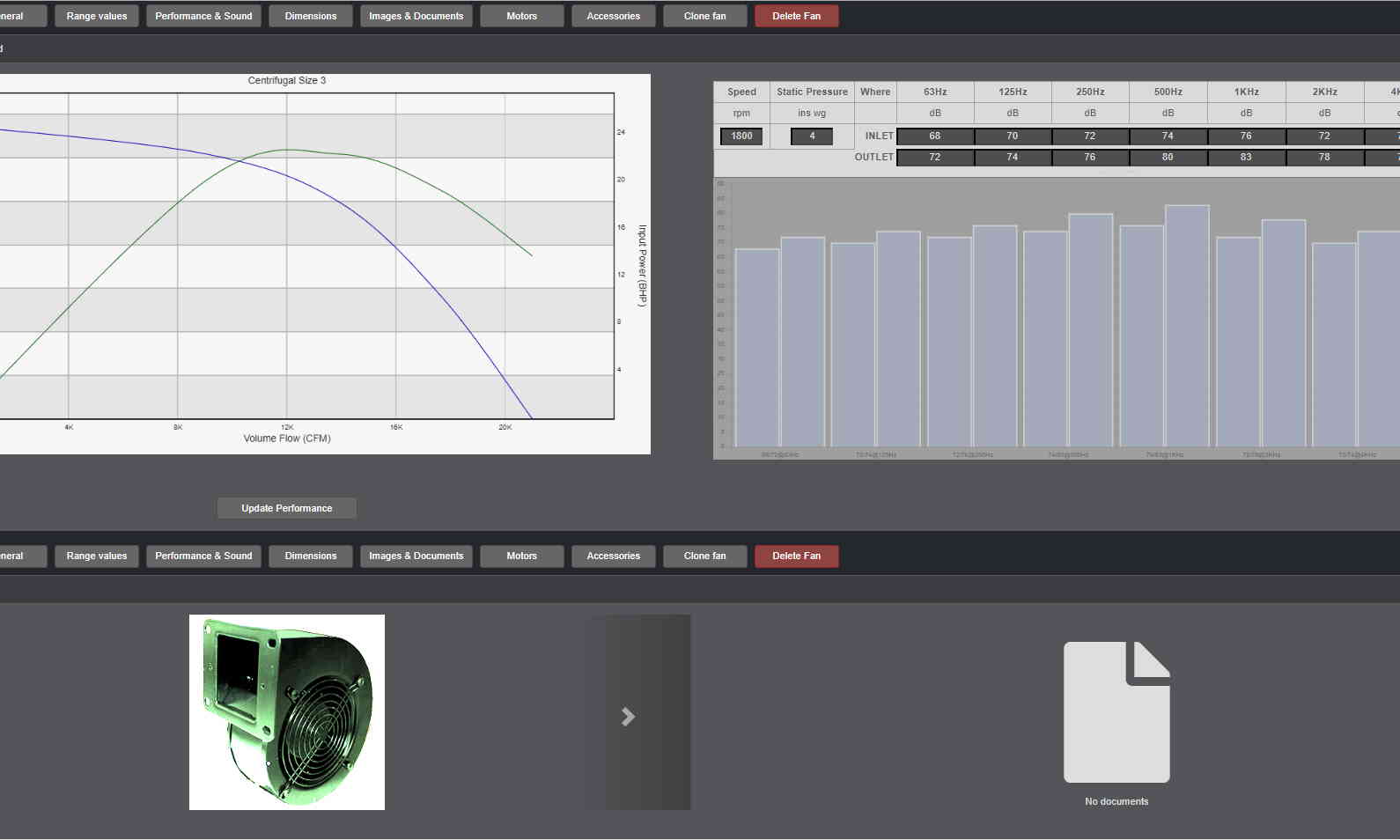 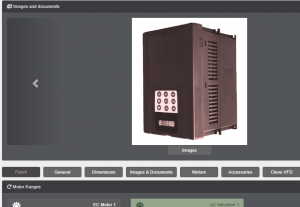 Do you have any questions?

A feature which is often overlooked but is so important in selection software is statistical usage reporting. WebFAN allows you to easily use third party analytics but they don’t really tell you what people are searching for and selecting  in enough detail.

It is so important to your marketing and sales effort to know what performance ranges your sales staff are looking at!

It is essential for users to really like the software.  If they’re getting the most out of it, they will probably use it in preference to software from other manufacturers.

Although English is a global language, it’s important to provide the option to use the software in a user’s native language if required.

Supporting a variety of languages is also important if you use overseas agents and representatives for export purposes.

Do you have any questions?